Intro:
It all started with the birth of two children, two girls to be exact.
The older one was named Remilia, the younger one was called Flandre.
They were born in the very mansion they live in, also known as The Scarlet Devil Mansion since it was build by the Scarlet family.
The Devil part came from the rumours that the mansion was haunted in the past.

Hoofdstuk 1, The beginning:
It was a sunny Thursday afternoon in the Scarlet Devil Mansion, there was a big party since it was Flandre’s and Remilia’s birthday, Flandre turned 5, and Remilia turned 10. The whole Scarlet family was there, every maid, the sisters parents, everyone except their uncle/aunt. Due to a accident they couldn’t reach the Scarlet Devil Mansion. Remilia didn’t mind this however Flandre did since she had never seen her uncle/aunt and she really wanted to. You could easily see that Flandre was disappointed until Remilia cheered her up. Remilia started pranking Flandre by taking her hat and running around the mansion, they both laughed when Remilia tumbled over the red carpet in the hallway, Remilia once again took Flandre’s hat and ran away. Suddenly Remilia stopped causing Flandre to bump into her. Flandre asked what was wrong, Remilia told Flandre to be quiet, that’s when they heard the voice of their father. ‘I’m sorry sir, I will get the job done by Tuesday’ followed by a lot of scolding on the other side of the line. The Phone call ended and the father was about to find out that Flandre and Remilia were eavesdropping, they quickly continued their chasing game, their father saw them tumbling and smiled. After a few hours of playing chasing games they got tired and walked back to the mansion. They saw their mother talk to a maid, this maid looked a lot different then the other maids, instead of the normal purple maid uniform she was wearing a blue maid uniform. Flandre thought to herself, ‘She must be the head maid or something.’, the maid went into the mansion as she saw Flandre and Remilia walking up to her. Flandre asked who she was, the maid replied with a smile, Flandre looked back at her parents and asked who she was, her mother replied: ‘You will find out soon enough’. Flandre looked up and saw that the moon appeared. She heard Remilia calling her so Flandre went inside. Meanwhile inside Remilia looked at the clock and saw it was 10PM. Remilia kept staring at the clock as if she saw something. Flandre asked her: ‘what’s wrong?’, Remilia smiled and said ‘It’s nothing’. That’s when their mother called them. ‘It’s bed time you two’. All of a sudden Remilia heard a voice yelling, ‘But tonight’s gonna be a long night, it’s gonna be a fun night!’. Remilia froze and looked around the hallway. All she saw were Flandre and her mom walking infront of her, Flandre looked behind her and said: ‘Come on Remilia’. Remilia quickly caught up with Flandre and entered the room. It was very dark in the room, pitch black, there was a brief moment of silence until their mother turned on the lights and yelled ‘surprise!’. Flandre and Remilia couldn’t believe their eyes, they saw two beds, instead of the regular single bed there were two, Flandre and Remilia cheered as they realized they didn’t have to share a bed anymore, they then were told to go sleep. Flandre jumped on her bed and immediately fell asleep, Remilia however had a harder time to fall asleep, she thought about the mysterious voice she heard earlier and thought if the rumours were true about the Scarlet Devil mansion being haunted. She tried to forget about this for now and after about 20 minutes she fell asleep.
The next day around 10 AM, Remilia woke up, and to her surprise she saw Flandre sitting on her bed, Remilia noticed Flandre starting to smile when she opened her eyes. Remilia got up and asked why Flandre was smiling Flandre replied, ‘Just look outside and see for your yourself’. Remilia got out of her bed and looked out the window, when she looked up in the sky she saw how clear the sky was, no cloud in sight, plus there was even a beautiful rainbow. Flandre stood next to her and asked ‘Isn’t it beautiful?’ Remilia replied ‘It sure is!’. All of a sudden they saw a green shadow quickly dashing by, it disappeared in a flash and the rainbow too. It was then when their mother opened the door and told them to get dressed and eat breakfast. Since Flandre was already dressed she waited on Remilia so they could walk together to the dining room. They entered the dining room and saw their mom and dad sitting at the table. ‘Come on, sit and eat.’ said their father. So they sat down and ate some toast that one of the maids put on the table. ‘Here you go.’ said the maid, Remilia replied with ‘Thank you.’ and the maid left the room. After Flandre and Remilia were done eating their parents said they had something to discuss with them.
Dad: Listen very closely now.
Mom: What we are about to tell you.
Dad: It will be hard to accept.
Mom: But you must accept it.
Dad: We had a phone call with our boss.
Mom: He told us that there was a fire in the office we worked in.
Dad: The entire second floor got destroyed by the fire.
Mom: Everything we worked on was gone.
Dad: But then our boss told us there was a temporary solution.
Mom: All of the work we did was copied and send to one of the other offices of the company.
Dad: And that brings us to the bad news.
Mom: Our boss told us we and 4 other employees had to be dispatched to that other office as soon as possible
Dad: So after a while of deciding we decided to do it. 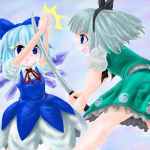 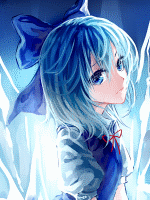