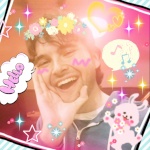 Beschrijving op steam:
About the Game
Welcome to the world of La Tale! Be part of an exciting story that unfolds all around you, while choosing your own unique path!

La Tale is a free-to-play, massive multi-player, online role-playing game (MMORPG), with classic 2D side-scrolling action. The game features over 40 character classes, each with unique skills and weapons. There are near-endless character customization options, pets, crafting, guilds, and much more!

Journey across strange and beautiful lands, full of mystery, sorcery, swords, science, art, music, and much more. Uncover the tale of Iris Livier, and begin your tale now!
Key Features
- Choose from over 40 classes
- Unlock a wide range of skills to develop your playstyle
- Battle huge bosses either solo or with others
- Explore two giant worlds with secret areas
- Customize your character's appearance with near-endless options
- Raise pets with unique skills
- Level up to Lv.200 while choosing your stat & skill progression
- Join a guild & work together to increase bonuses
- Battle other players in PvP & raise your ranking
- Craft unique equipment, accessories, and more
- Open you own shop to sell to other players
- Use a controller or keyboard & mouse
- Participate in fun events & win great prizes
- Updated regularly (usually two updates per month!)

Recommendation:
La Tale is an MMO in the same vein as Maplestory - it's sidescrolling and platforming based, with cute pixel art graphics and moderate grinding. The difference here being that La Tale exemplifies the free to play experience.

I've put hundreds of hours into this game before it was put on Steam, and I've loved every minute of it. There's a lot of "no" recommendations for this game from people who were expecting to be able to link our original OGP accounts to the Steam distribution, and while I wonder exactly why they didn't go for that route (seeing as how Maplestory lets you use your nexon account), I don't think the people giving out these "no"s exactly know who they're supposed to be recommending the game to.

If you're new to the world of 2D sidescrolling MMOs, La Tale is a great place to start. I'm not sure whose idea it was to put into the description of the game "choose from over 40 classes", because that's not really true. Unlike in Maplestory where the "infinite shelf" has long since started to sink in, La Tale gives players six classes to choose from that, while growing stronger, rarely change their gameplay very much. From the six available classes, four have growth trees that go in two directions, most notably the Explorer's ability to either stay an explorer or switch around to guns; everyone else stays remotely the same. The only super different gameplay experience happens when you hit level 140, and you're able to choose a sub job which mixes up the gameplay of your class to the point of being almost unrecognizable. With that being said, once you've picked from the starting six, you've basically chosen from the only classes you'll need to choose between.

The screenshots are hilariously misleading, too, as they are all from high level areas that, if you're super dedicated and willing to spend real money on exp gain items, will take you probably a month to reach. 61000 damage is really atypical for most classes, as well, and if you ever want to put out that kind of damage, you're going to have to go down a pretty grueling road to get there, as playing Warrior ain't easy.

On the bright side, unlike most free to play games, you never feel pressured to spend any actual money on it. Almost everything that can be obtained from La Tale's cash shop is tradable in game and will often end up on the auction house or in player owned shops. Granted, they'll cost quite the sum of in game cash, but the game basically throws money into your lap if you're willing to do quests and sell the junk items you get.

Naturally, this isn't Runescape, so the quests are pretty basic fetch/kill quests. Fetch quests start out deceptively easy, with the quest items dropping almost 100% of the time, but later on, the quest items drop maybe 40% of the time at best, so they end up being the most tedious things in the world. Luckily, most of the time, you can take a kill quest along with a fetch quest to at least feel like you're doing something while wondering why something with two eyes only drops one at a time.

The most important thing to remember about La Tale is to play with friends. If you don't have friends, make some in game. Playing by yourself is next to impossible for almost every class aside from the Knight, whose high defense/low damage output basically guarantees you won't die constantly, but leveling up will be slow and arduous. Make friends, form a party, grind together, quest together. Have a skype call or something, it's good fun and makes the grindy downtime pass so much faster. 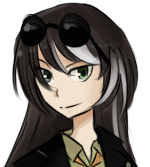 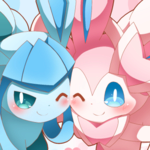 "You need the player to level up, not the character." -ZUN